The Benefit For Sonny

2006 has been a year of historic proportions for gatherings of the clans here in Northern California. This weekend marked another milestone as students and friends of ailing escrima master Sonny Umpad came together for the first time in a group for a benefit seminar on his behalf.

There were over 70 participants filling Nash’s Northern Tiger Kempo in San Francisco, a tribute to the esteem in which Sonny is held within the martial arts community. People came from all corners of the Bay Area and from a wide range of different arts (FMA, Wing Chun, Kempo, Hwarang-do) in order to show their support for one of the most innovative martial art teachers of our generation.

Attendees were rewarded with a strong showing by more than half a dozen of Sonny’s senior instructors. Their demonstrations of his Visayan Corto Cadena system covered a range from empty hands to sikaran (kicking), sticks, knives, bolos and swords. It was as thorough an exposition of Filipino martial arts as one might ever see, reflecting Sonny’s versatility in integrating so many facets within FMA.

Detailed attention was paid to Sonny’s “pendulum,” which uses dynamic Moro-based footwork to counter and evade. This is the basis for the sophisticated movement required for close quarter combat with the blade, representing a very high level of understanding timing and range.

Participants got a taste of some of these concepts in their workouts, and there were plenty of Sonny’s senior and advanced students to assist those who were more novice.

This was a warm and friendly crowd, all there to show support. Egos were checked at the door. I was particularly impressed with how the instructors got along, working together as a team and supporting each other. This too is a reflection of their maestro, for Sonny is a genuine and humble man who shares great talent freely with those around him.

If there was an off-note to the day, it was that Sonny himself was not feeling well enough to attend, spending the day at home with family and old friends, and his absence was the elephant in the room. In truth, this has been one of the hardest blogs for me to write. Most of the people there know and love Sonny, and all our prayers go towards his health.

Group photo at the end of the day 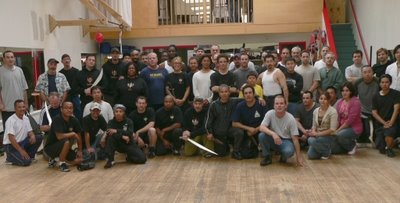 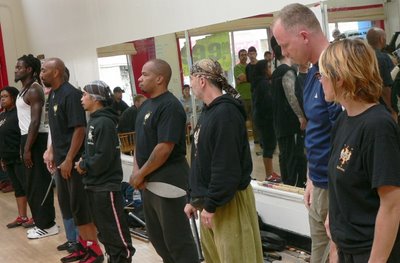 One of the devastating low kicking techniques of Sikaran 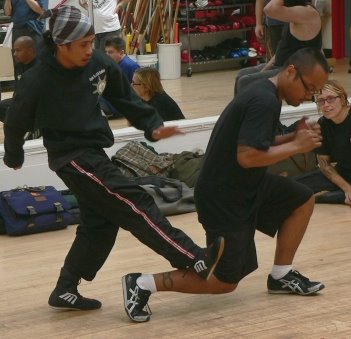 
Targeting the knee with a low counter off an outside parry 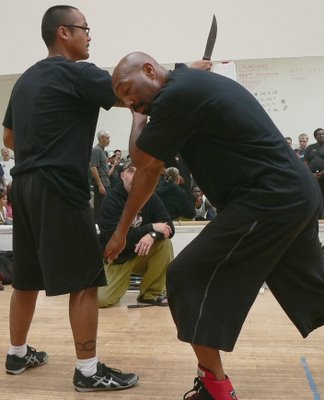 Fast work - getting in close with the long blades ... 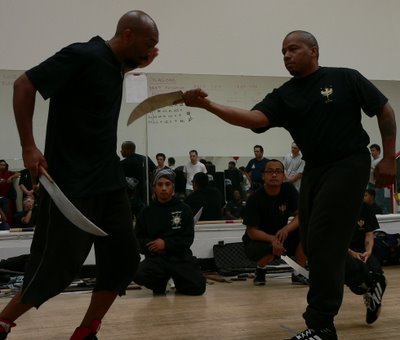 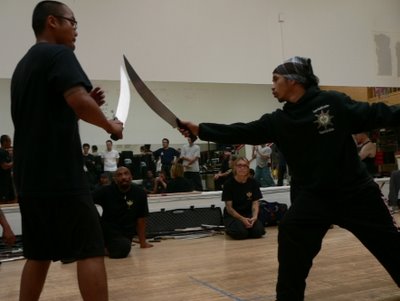 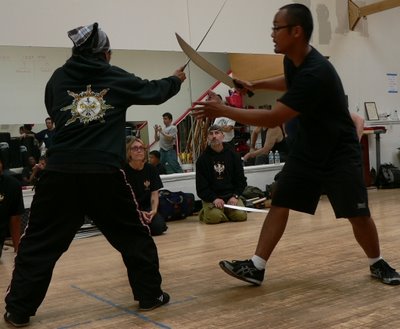 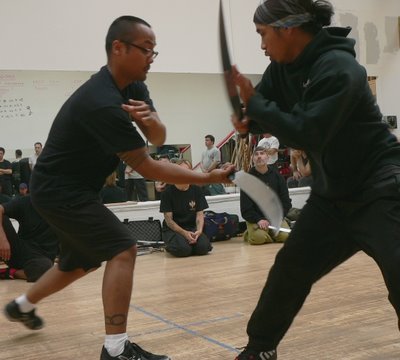 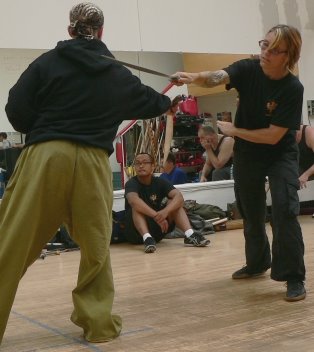 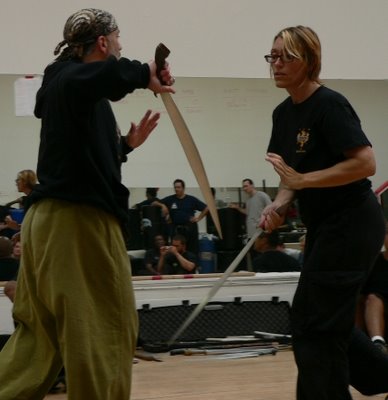